Out in the west coast is a very large pond with all kinds of animals, fish, and plants. The smartest creatures were the fish, who had been there as long as anyone could remember.
Now most of the fish were pretty happy with the way things were. They swam around finding Roberto’s to eat, drooling over surfboards, talking about the swell, saying things like “Is it wet enough for you?”
Two fish that never seemed very happy though were Jon and Tony.
What made them unhappy, very unhappy, was a fish named Juice and his dumb round tail. 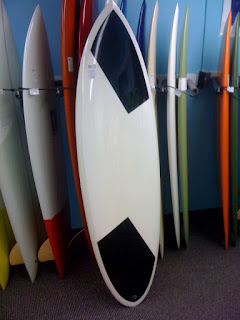 Juice was different from all the other fish because he had stoke that were very different from everyone else’s. Juice’s stoke were all kinds of flashy colors, orange, blue, red, purple, yellow, bright green, just about every color you could imagine. All the other fish, including Jon and Tony, had gray stoke, some lighter or darker, and were jealous of Juice’s Stoke. Jon and Tony would see Juice go by with his bright stoke and get very jealous and angry.
Jon and Tony started talking about Juice’s bright colorful stoke with all the other gray fish in the pond.
“Don’t you all think Juice should share his stoke with everyone else?” they asked their friends.
Their friends like Kevin and Little Nick hadn’t really thought about Juice’s bright stoke before, but now that they looked at him and then looked at themselves, they started to get jealous too.
The four fish decided to talk to Juice about sharing his stoke. One evening as the warm sun was setting on the edge of the pond, they saw Juice coming back from the south end of the pond.
Jon decided to start off the conversation. “Juice, we have noticed how bright and colorful your stoke is, and we would like you to give us some of it barn. Then we’ll be colorful too and finally be rad.”
Juice struggled to think about what they were asking. “Well,” he said, “I don’t think the stoke would last very long once I give them to you kook. But I can tell you how you can get some colorful stoke of your own”.
The three jealous fish listened to his story and imagined what they'd look like, 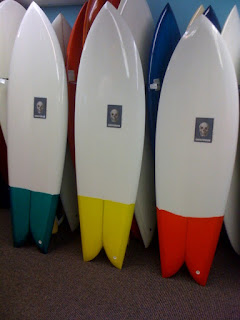 but it sounded like a lot of work and they didn’t want to wait for weeks, and certainly a year was too long. So they swam off together and tried to figure out a plan to get Juice’s stoke.
Tony was listening to the other three when he saw Surfride swim by. Surfride was the biggest, ugliest , meanest fish in the pond. Everyone was afraid of him, and even though he was slow, he was very scary.
Tony told the other three “Hey, let’s get Surfride to go over there and take Juice’s stoke and give it to us.”
“Why would Surfride help us?” Kevin asked.
“Let’s make him the king of the pond,” said Little Nick. “We can tell him how nasty Juice is and that Juice stole all the stoke from the other fish. Tell Surfride that he would be doing a good thing by taking the stoke from Juice and giving them equally to everyone else.” Everyone thought the plan was great, and would call CHINA to talk to Surfride as soon as possible.
Early the next morning, the four jealous fish, Jon, Tony, Little Nick, and Kevin, along with some of their not-so-bright friends, found Surfride floating on his back sleeping like a Christenson log.
They woke Surfride up and told him their plan to make him king of the Barnyard. When they told him how Juice had stolen the stoke from everyone else, which was a lie, and that Surfride would be a hero if he could take Juice’s stoke and give them to everyone else, Surfride readily agreed to be their king.
That evening, as the warm sun was setting on the edge of the pond, Juice came along as he usually does from the south end to go home. Surfride and the jealous fish and their friends all swarmed around Juice, making Juice very afraid.
“I am now the King of the Pond,” declared Surfride. “My first act as the good king that I am is to take your bright stoke and give them to the less fortunate fish in the pond that are misinformed about surfboards and where they are made. You have plenty of stoke, and we will not take it all, but everyone deserves to have bright stoke. And besides that, you don’t deserve stoke, you stole it from the other fish.” 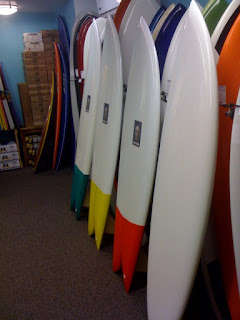 Before Juice could say a word, Surfride was ripping the stoke from Juice’s skin, leaving big colorless patches of gray like the other fish. The jealous fish cheered for Surfride, who finally seemed to have found something he was good at.
When Surfride finally finished taking Juice’s stoke, Juice silently slipped away while Surfride turned to other fish.
Surfride had thousands of bright colorful stoke, and started to hand them out a few at a time to the other fish. “Isn’t this great?” said Jon and Tony to the others, as they put some of the colorful stoke over their own gray stoke. All the fish swam around looking at each other, admiring the new stoke, and even happier now that Juice was not as beautiful as he used to be.
They all looked at Surfride , and were surprised that instead of having a few stoke like them, he had hundreds of the bright stoke. When Surfride saw them looking at all the stoke he had kept to himself, he smirked “It’s good to be the king,” and swam off to his home in Corporate China to say hello to his wife Mrs. Seven Fish.
The next morning, the fish of the pond went about their usual business. Jon saw Tony swimming over his way when he noticed something was wrong with Tony’s new stoke.
“Your new stoke is turning gray!” Jon shouted.
Tony shouted back “Jon, your new stoke are turning gray too!” 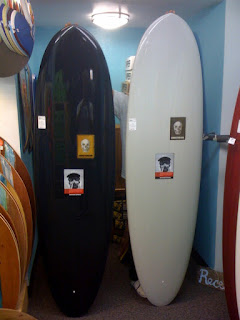 As the fish all came out to enjoy the day, they noticed that all the colorful stoke were now gray, and that they all looked exactly like they did before they made Surfride king. Even the hundreds of stoke Surfride had kept for himself were now gray and falling off.
That went on for several days. Each day, Juice and his two friends would come back from the south end of the pond, brighter and more colorful than the day before. Surfride and the other fish were really angry now.
Surfride caught them the next day, and took even more of their stoke, giving some of them away to the other fish, but still keeping more of them for himself. For weeks this went on. Juice and his two friends kept having their stoke taken, Surfride got bigger and scarier, and the other fish would get a few stoke once in a while, just to have them turn gray and fall off the next day.
They told Surfride that if all the fish got their own bright stoke, then they wouldn’t need Surfride to be king anymore. When Surfride heard this, he was angry and started looking for a way to stop the colorful fish permanently.
They called all the fish of the pond to a general meeting around the Kook at the end of Manchester. This was a very rare occasion, so all of the fish were interested in what was going on.
There was a huge gasp from the crowd. All the fish started yelling, talking, shouting, and crying. “What has caused this to happen?” they asked.
Jon slowly pointed his fin in the direction of Juice and his two almost fully-colored friends. “Ever since those three have been feeding at the south end of the pond, and getting more colorful. I propose that Surfride be given the authority to stop them from going to the south end. The crowd heard a cough from the back of the crowd. It was Griswald, the oldest fish in the pond, and he asked for the opportunity to speak.
“I’ve lived in this pond for many seasons,” he said, “more than anyone here I think you should shut it. (SAY SOMETHING)
The fish turned back to Jon. He shouted “This old fish is a bastard, and anyone who denies this has to be silenced!
The crowd of fish roared in agreement, and passed a law giving Surfride the power to stop Juice and his friends from going to the south end.
Juice and his friends did stop going to the south end of the pond. Slowly, their stoke started to fade, turning paler and paler until they were as gray as the rest of the fish.
Jon and Tony and the rest of the jealous fish were now very sad at their situation. They were still gray, just like before, but now they had Surfride for a king, and he had gotten meaner and scarier. Not only did Surfride not allow them to talk about chicks, they weren’t allowed to talk about anything, read anything, or do anything that Surfride did not approve of.
The next spring, as the water warmed, the tourist flocked in, and the bikini’s got smaller, other fish said Go Back to CHINA just like the old fish Griswald had predicted. Stoke grew throughout the pond and all the old gray fish who were still jealous of the Juice swam around in misery, waiting for the day when Surfride would finally float to the surface belly-up one last and final time.

-Thanks, Juice and Griswald
Posted by Mitch's North at 3:29 PM 1 comment: