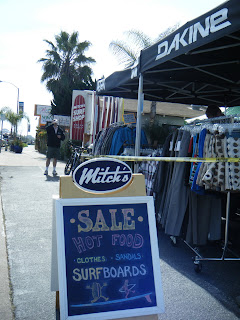 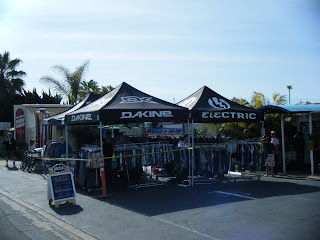 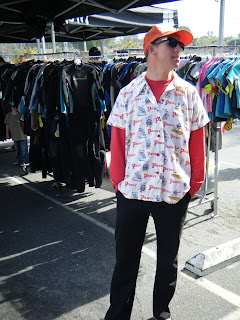 Jim was in his eclectic vintage ebay beer attire manning the grill, providing nitrate-cicles for all. 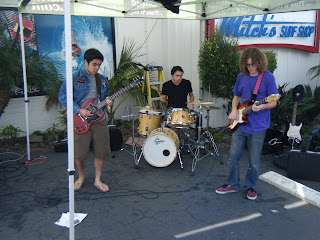 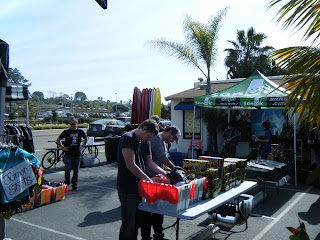 Early visitation rights were granted in some special circumstances. 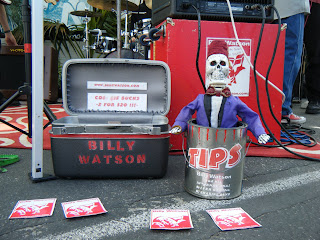 The Silver String Submarine Band is sure to please, Mr. Watson will make you choke on your lunch. 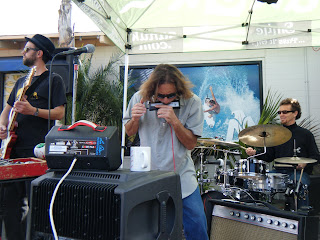 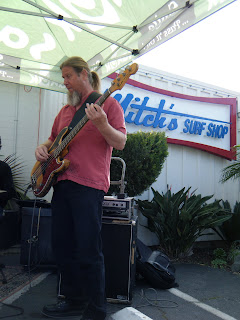 Taking the bass line for a walk. 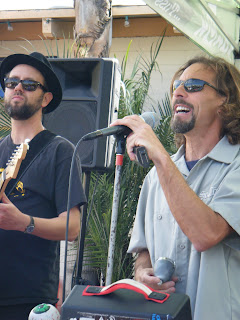 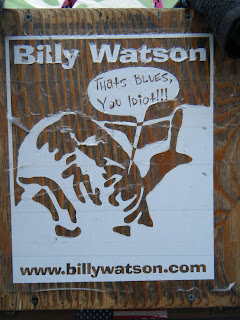 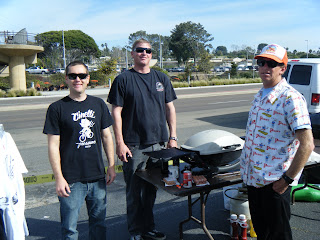 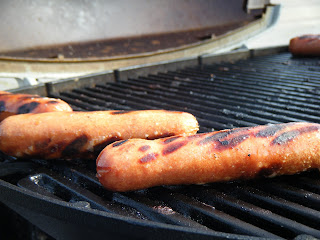 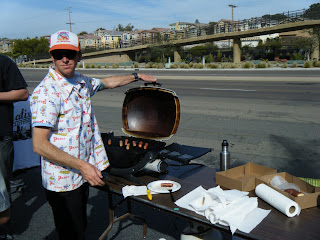 Jim gave out the weiner. 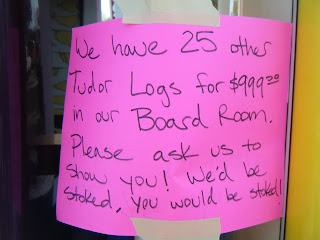 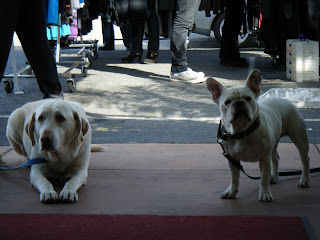 Locals, holding down the scene for all the non-believers. 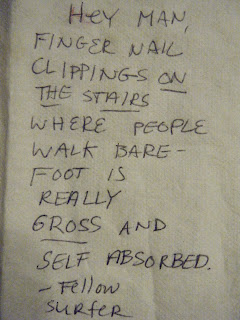 So this is how it went down. Plaintiff sees Defendant cutting his finger-nails blatantly on the Turtles steps while checking surf with his girlfriend. Disgusted, the Plaintiff can't believe her eyes and the ignorance of said defendant and decides to take aggressive action with a literary approach, placing above note on Defendant's car after he paddles out with is girlfriend. 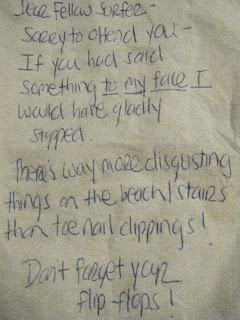 Minutes later the Plaintiff paddles out with her boyfriend for some surf, cautiously avoiding the newly strewn humanoid debris on the stairs. Upon return to the car after a janky windblown session the above note had been placed on Plaintiffs boyfriend's car with a questionably spry rebuttal. Plaintiff believes the return napkin was orchestrated by said Defendant's girlfriend due to the feminine high school notebook style script. This makes plaintiff even more angry. To make matters more complicated the innocent by-standers (plantiff's boyfriend) truck can now be identified by the defendant and may certainly cause him an altercation of some sort if not an unjust scowl. (Who was in the wrong here? You Decide.) 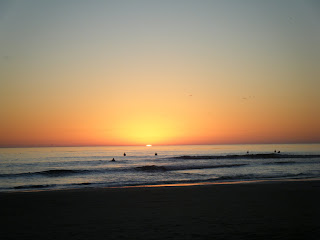 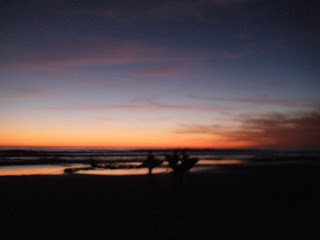 126 Hot Dogs, 27o somethin odd t-shirts, shorts, hats, pads etc. and a long board later our Saturday sale is now one big dandy memory. If you happened to stop by and catch some of The Max 3 or Billy Watson and the International Silver String Submarine Band I hope you enjoyed it as much as we did, certainly Jim Swarthow was electrified. In passing of the sale we are commemorating the sale day memories by continuing to offer more face melting deals here at the shop just as we so graciously did on Saturday. T-Shirts are still 3 for $25, 2 for $18, or 1 for $10! We still have a great selection of women's and juniors suits as well as some selected 2010-2011 XCEL 3/2 fullsuits. Oh yeah and 25 dollar boardies to keep your boys chafe and chapped free! Moreover, all our Tudor logs are $999, and our Murphy logs are $650. Tudor shortboards and eggs have been marked to wholesale asswell! Thank You for Supporting your local independent surf shop San Diego! Here's some coverage of the event. Bloggins
Posted by Mitch's North at 2:56 PM 2 comments: