New boards Junod what I mean? 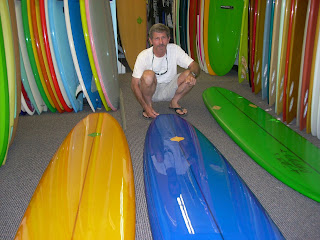 The man behind the crafts. 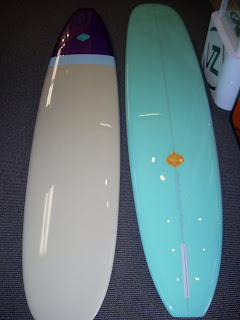 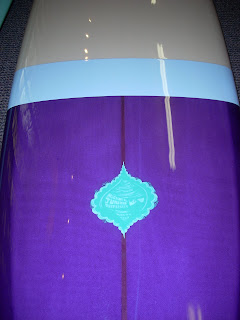 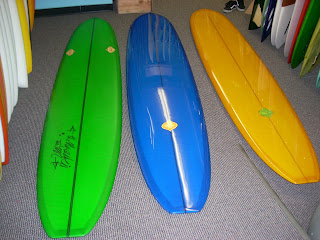 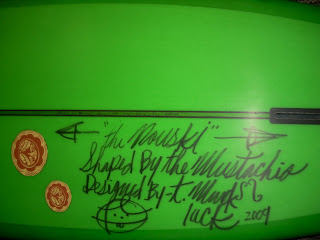 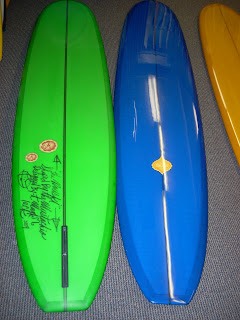 Ron Nowski is the name. 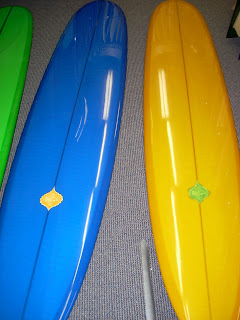 Yep it's another board room update, Michel Junod pulled his white space shuttle van into the lot this morning with heaps of treats! Among the goods are two Two Tone Models; Two Rons (regler ol' noserider) a super slippery shiny Nowski with some Thomas Cambell scribble work, three Pumpkin Seed Single Fins and a stack of shirts with his new logo once again by T. Cambell. Given the current times I would reccomend purchasing one of these sliders as my newly purchased RON has made all my troubles vanish into trim. The color work alone should provoke some inspiring mind numbing thoughtless thoughts which we all need bit more of these days. Enough about that, we were on the beach Sunday surfing and sippin, doing the beach day thing down at Swarmi's and the crazy stuff happened I tell yooz. Against the cliff there is this Black Widow hanging out in this kind of hole in the wall, this mama's got two large egg sacks she's protecting. Kind of sketched we pulled camp a bit back from the cliff so we weren't lurking right under the spidy zone. Twenty minutes later in mid knap we spot a widow strolling across the sand b lining straight toward our friend( the knapper) just inches from climbing on in to his knappy hair! Watch out for them Black Widows on the beach, that could surely be a session ruiner to step on a mean egg protecting spider wench. Thanks for listening,- Kenny B-
Posted by Mitch's North at 2:04 PM No comments: