NOYFB? New on your Facebook, maybe. Joel Tudor is at it again with another collaboration. Rusty puts his touch on what looks like the original Karma. 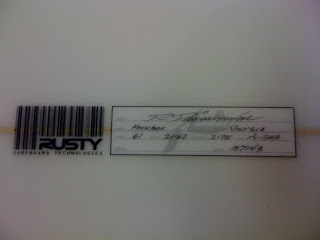 We haven't had a Rusty in the shop since he was making boards under the Canyon label. So it's kinda been a long time. You can come down and take some pictures, Facebook some stuff, even tweet it if you want to get crazy. 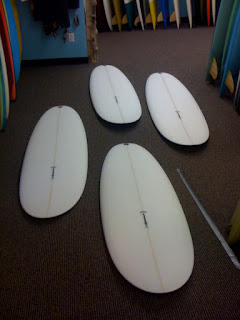 Trust us, these little chicks (grown up eggs) need some friends on the social network, but they can't do it themselves (no hands). You have to help them. Maybe even take one home and introduce it to some real people. Let them experience you and your Facebook skills. Introduce them to the ocean. After you Facebook 'em you can even show 'em swell models at night so they know that you're always thinking about them. 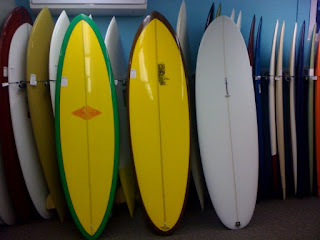 And if you don't like the new ones we still have Karmas in the shop. Come witness the evolution of Joel's single fins. You can facebook them too, even though they're old and don't care about computers....

I was really bored today, Thanks for checking in.
-Clog-
Posted by Mitch's North at 12:42 PM